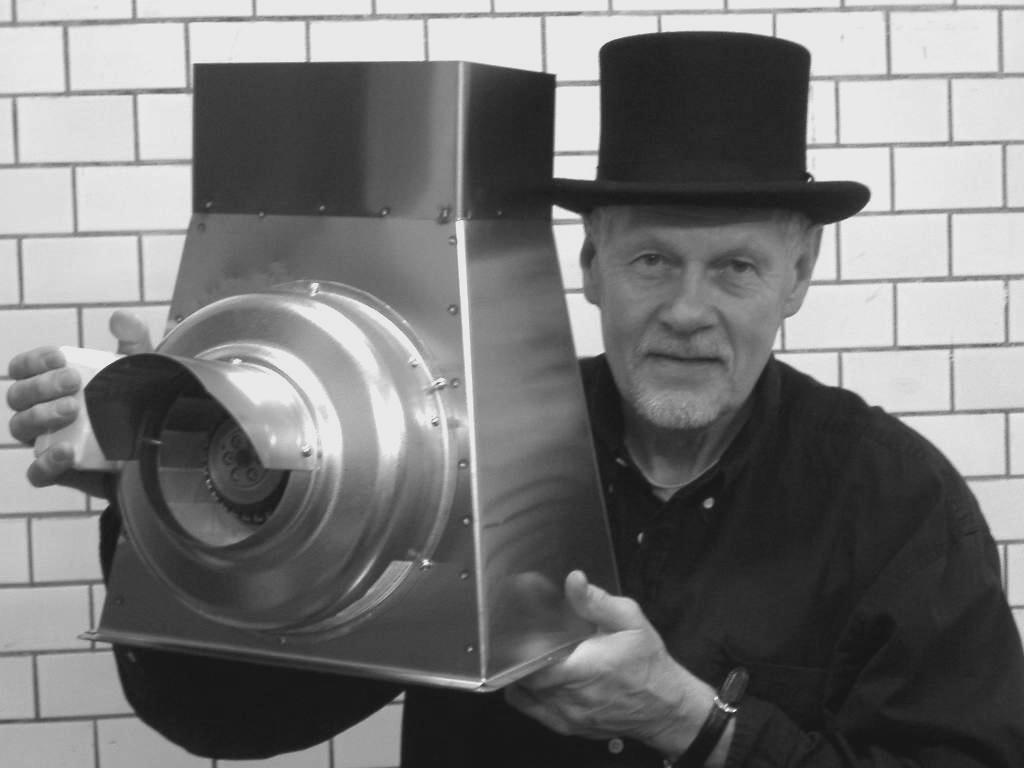 Ossi Gustavsson was only 17 when he began working as a chimney sweep in northern Sweden. In many ways it was exceptionally hard work, with sooty chimneys that blackened his face and icy roofs high above the ground. As he climbed up ladders to the roofs, he could feel how his toes ached in the chill northern winds. But he didn’t complain. On the contrary. In his eyes, this was a job filled with both warmth and joy.

The more Ossi trudged along between the snow-covered roofs, the stronger he became. And the more he learned about tiled stoves, wood stoves, open fireplaces and heaters, the more he became captivated by them. His dream was to someday build the perfect fireplace.

In the mid-1980s the first sketches were spread across Ossi’s kitchen table, carefully drawn by his seasoned hands. They included all the details that he had dreamed of developing during his many hours on snow-covered roofs or with his head inside stoves. He entrusted the design to his partner in life and artist Mona Hedenström.

Clean and simple lines embellished with beautiful details. These were complemented by the creation of a unique and modern interior in the solid cast-iron stove. It was a stove unlike anything anyone had ever seen before. Just like in a tiled stove, the flues made an extra circuit inside, allowing the heat to be recovered a second time before the smoke finally makes its way out through the chimney and into the open.

Today sons Peter and Melker have taken up where their parents left off. They have the same determination to offer a stove that provides heat in today’s modern homes. In a former dairy in the Norrland countryside, with high ceilings and with the river and the sea just outside, they produce the handmade stoves with the same love and care as their mother and father. Developing the perfect stove is not done overnight. It’s a process that has been formed by skilled hands for 50 years.